‘Vlogging’ or ‘Video Blogging’ is the art of filming diary-like video entries which are popularly uploaded and watched through YouTube. It’s a form of web television which gives anybody and everybody an audience and chance to make their voices heard by filming their thoughts, observations or day-to-day activities. It gives individuals the opportunity to plan, shoot, edit and post-produce all under their own creative control.

In recent years, vlogging has become increasingly popular and has attracted teenage audiences and millions of YouTube hits. Unlike other scripted YouTube videos and television, vlogs give a greater sense of honesty and authenticity as well as giving us the opportunity to interact with vloggers of all ages, backgrounds and from all around the globe.

For some vloggers, their hobby has become a full-time job. British vlogger Zoe Sugg (Zoella) -who makes videos about fashion and beauty hauls and whose vlogging page (MoreZoella) has over 3.4 million subscribers- not only vlogs her daily antics but has attracted so much attention and popularity that she has her own book deals and beauty ranges. Louis Cole (FunForLouis) is another British vlogger and currently has over 1.8 million followers on his YouTube page. He makes daily vlogs, documenting his adventures and travels around the world whilst always encouraging viewers to “Peace out, enjoy life and live the adventure”. 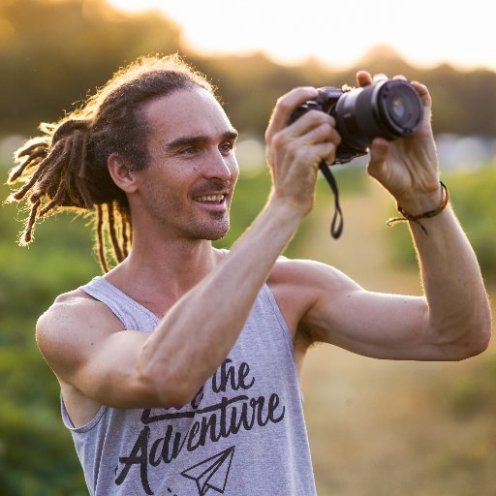 Prague Youth Theatre’s very own vlogger- Alex Alden- provides a vlog for the PYT YouTube page each week. The vlogs give an inside look into every aspect of Prague Youth Theatre, backstage, in lessons, in the office and on stage. Vlogs have previously covered LAMDA lessons, headshot day, show days and much more.

I asked Alex some questions about his vlogging experience:

What do you use to film your vlogs?

I use an iPhone.

What do you think is the best part about vlogging for PYT?

I think the best bit about vlogging is how it forces you to put yourself out there, not being shy and nervous in front of big groups of people.

What is the most difficult aspect of vlogging?

Ironically, this is also the hardest part as sometimes you can feel judged whilst filming yourself or others in public.

Do you have a favourite vlogger or is there someone you get vlogging inspiration from?

I don’t really watch any vloggers who are similar to myself, though I would recommend Maxx Chewning who is a funny fitness vlogger.

Lastly, what would be your advice to someone who wants to start vlogging?

Don’t be shy. Being shy will always come across on camera. Be confident and go for it. What’s the worst that can happen?

You can check out Alex’s latest vlog for PYT here, which focuses on our recent Class in Re-Action event in collaboration with Riverside School Prague. All the other vlogs can be found here, on Prague Youth Theatre’s YouTube page so make sure you take a peek!

Thinking of entering in the vlogosphere? Here are some links you might find useful: